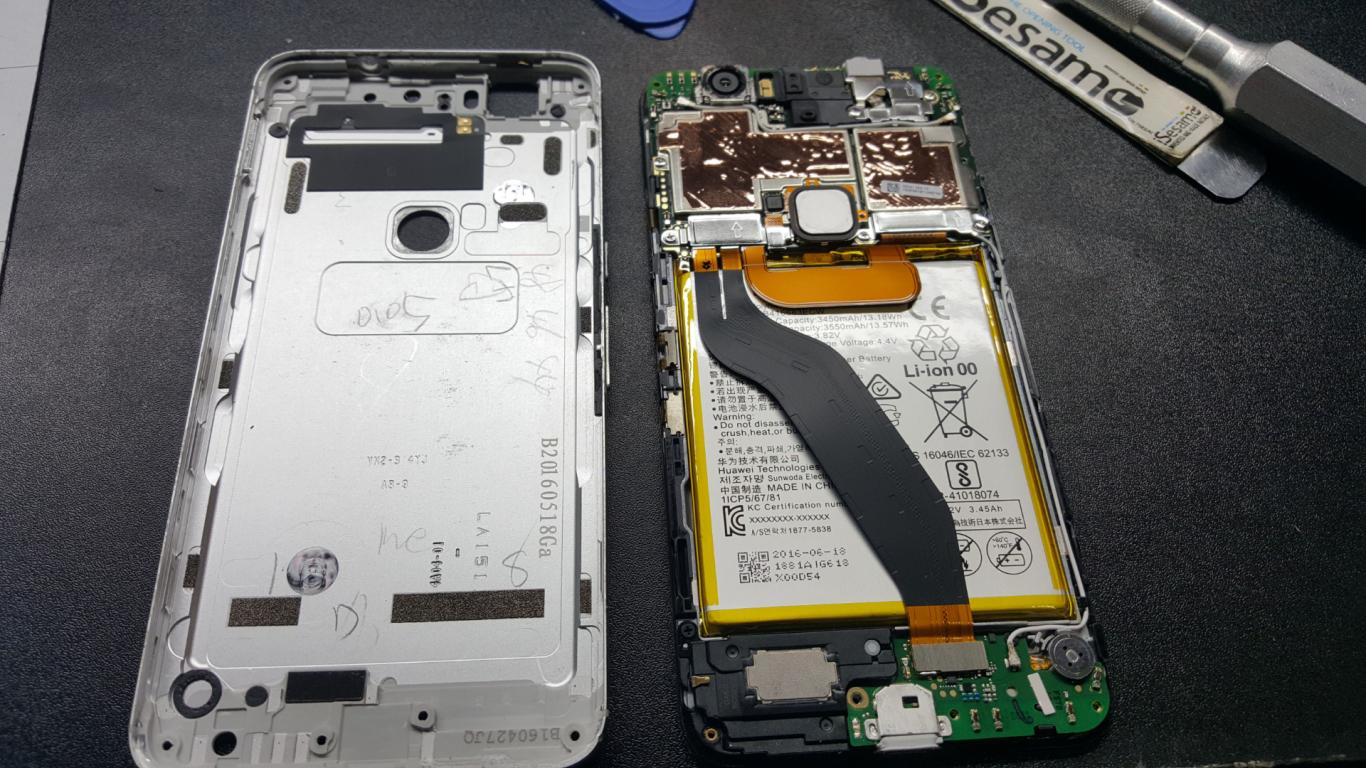 Smart Phones. They're magical. They are with us every second of every day, providing us with communication, answers, and entertainment in just a few touches or swipes. But for something that is so incredibly useful, they still have terrible battery life. This is an ongoing problem for all manufacturers and all phones. Over time, battery life drops significantly, and with the ubiquity of non-removable batteries, the process of replacing the battery is sometimes incredibly difficult. While some manufacturers go out of their way to ensure that their devices are easy to repair, this is not the case for the phone we are going to discuss today. The Nexus 6P has a reputation for being very difficult to repair, and we can confirm it. Let's dive in.

Step One: Removing the Two Small Back Covers

While the plastic one on the bottom came off relatively easily, the same cannot be said for the glass camera cover. The glass is extremely fragile and is glued down with some pretty heavy-duty stuff. We recommend using a heat gun to ease the process and wearing gloves in case the glass does break. Also, a razor blade is needed since anything thicker will press down on the camera glass and crack or shatter it. The blade needs to fit in that tiny gap between the glass and phone's outer case in order to remove it.

We had to use multiple picks to get the rear cover off. It was a slow process, but it finally came off.

Unfortunately, the battery is held down with even more of the heavy-duty adhesive. You must also be very careful not to cut the display cable, which is directly under the battery.

The only thing left to do is put the phone back together by reversing the above steps.

We have to admit, replacing the battery on this phone was a bit of a hair-raising process given the strength of the adhesive and design of the phone. Fortunately, the Armor techs have the patience and dexterity to do difficult repairs with minimal damage. At some point, we'll be doing a longer piece that's a retrospective on phone repairability in the past five years.

Do find your phone's battery not lasting as long as when you first got it? Bring it into the shop, and we'll take care of it for you.