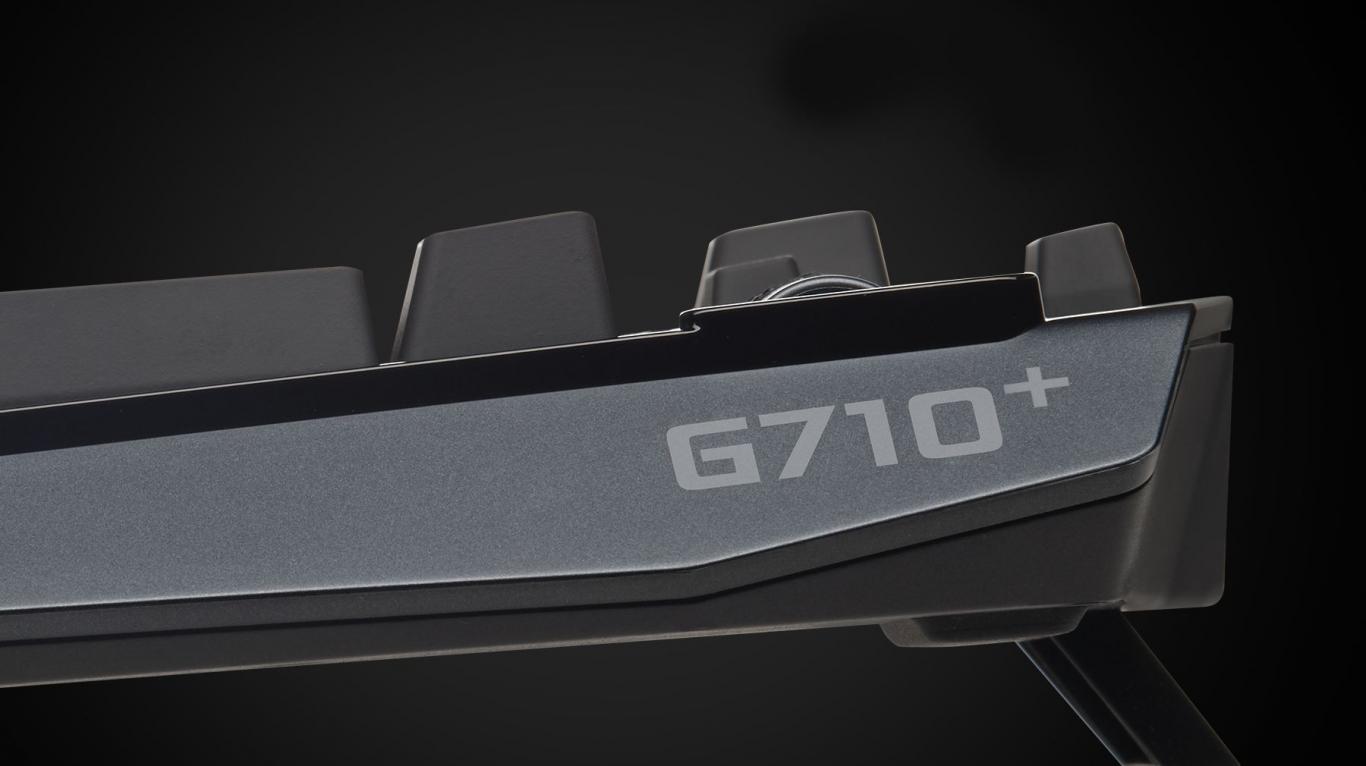 Recently, half of our office upgraded our set of keyboards to the new Logitech G710+ series and my goodness, has it led to some interesting conversations. Let’s dive in.

For those unfamiliar with mechanical keyboards, let me fill you in on a few of the basics. Most computers these days come with a membrane keyboard, where the keys are not separate moving parts, but rather are pressure pads that have only outlines and symbols printed on a flat flexible surface. Very little, if any, tactile feedback is felt when using such a keyboard, making error-free blind typing more difficult.

This is the inside of a membrane keyboard.

This is how a membrane keyboard functions.

They are great for laptops, as they greatly reduce the weight and space needed for the keyboard, but they are not so great for people who do a lot of typing every day. You know how many authors say they still use a typewriter because they just feel better? Well, mechanical keyboards fall somewhere between a typewriter and membrane keyboard.

Mechanical keyboards are so named because they have precision made switches for each key. They provide a more consistent typing experience and last longer than membrane keyboards. The mechanical keys are not only more responsive, but they also lessen the impact of medical conditions incurred by overuse of a computer (carpal tunnel, arthritis, etc.).

As you can see, mechanical switches take up a significant amount of space.

Back in 2017, my coworker Ryan reviewed the G710+’s predecessor, the G710. Just like the non-plus version, the G710+ is a powerhouse of a keyboard: it is a gorgeous product, fitting a lot of functions into a relatively compact package. Each key has a smooth, matte finish with a slight indentation to allow fingers to rest comfortably. The device is colorful, too, sporting black and silver keys, orange and red buttons, and an orange border around the macro keys. The entire keyboard is backlit in white LED light and adjustable to one of four brightness levels, or it can be turned off entirely. For better visibility of the WASD and arrow keys, their brightness can be adjusted independently from the rest of the keyboard. It has a nice heft to it and feels solidly built; according to Logitech, “the keys have been tested for durability to a 50 million cycle life.” Multi-key input on the keyboard is a dream: with 26-key rollover, you can press almost any number of keys plus modifier keys (Control, Alt, Shift) in any order and get exactly what you intended.

One thing I particularly like about the G710+ is the row of macro keys on the far left side. The six keys divided into three rows of two were very easy to keep track of, and they were close enough to the rest of the keyboard that I do not have to reach very far for them. With three macros per G-key, you can configure up to 18 individual functions. G-key programming requires Logitech Gaming Software, which can be downloaded here. The software allows you to configure the G-keys to single key presses, complex macros, or intricate LUA scripts on the fly. 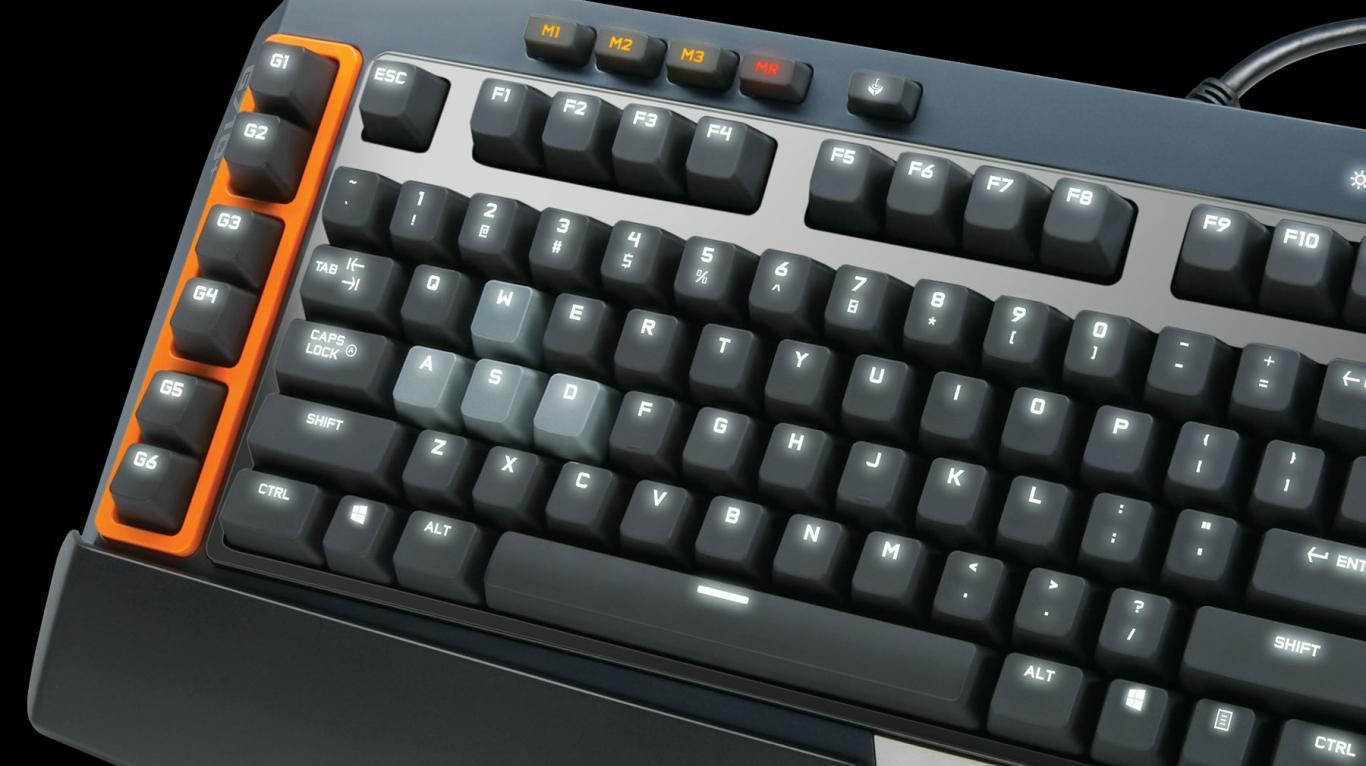 Using Logitech's Gaming Software, you can program a number of time-saving functions to the macro buttons.

The biggest change between the G710 and G710+ is that the latter uses Cherry MX Brown switches opposed to the former’s Cherry MX Blue switches. The Cherry MX Brown key switches have a built-in dampening ring underneath each keycap to significantly reduce the distracting noise coming from your keypresses, which would certainly be a benefit if you would in a large office. Personally, I do not care for them. I wouldn’t say that my typing is less accurate using the keyboard, but the experience is akin to typing in mashed potatoes. I much prefer the satisfying click-clack of the Cherry MX Blue switches. You can see how the different switches function to the right and read more about them here.

The Logitech G710+ gets just about everything right. Users like me who don't like Cherry MX Brown switches will have to give this keyboard a miss by default. But otherwise, it's got everything a good gaming keyboard requires and nothing extraneous. It is a great choice for anyone looking for a quieter mechanical keyboard. Full details are available from Logitech here.