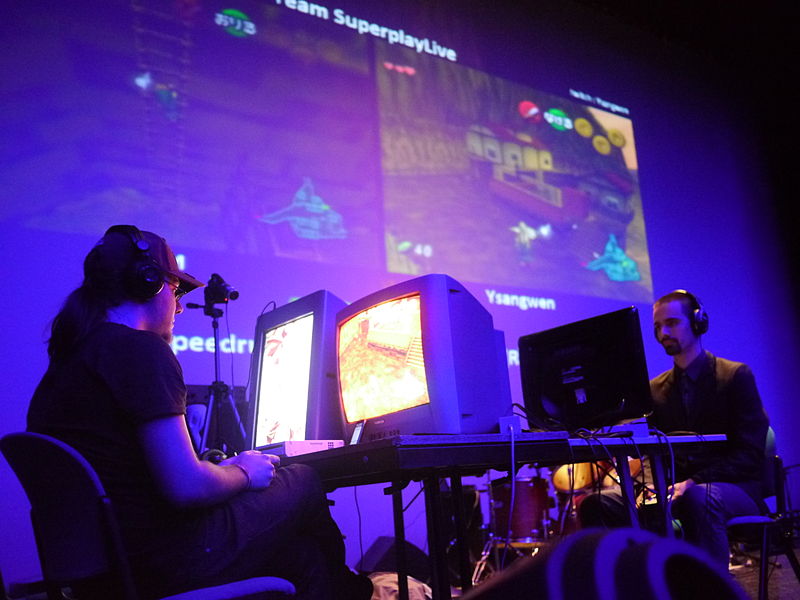 The Art of Speedrunning: How Players Dominate Our Favorite Games

Speedrunning in video games is a concept that seems foreign and even questionable to most. The idea of playing video games should be for leisure, which implies we should do it at our own pace. While this approach is fine for many, there are others who have played their favorite game(s) so much that the leisurely "normal" gameplay becomes boring—or at least predictable. With each subsequent playthrough of a game, you learn more of the secrets, get caught up less on the puzzles, and improve your gameplay time—but the game at large stays almost exactly the same.

Speedrunning ends up being a lot like regular running: the goal is to get from the start to the end as quickly and efficiently as possible. Remember the hours, or even days, you might have spent collecting 120 stars in Super Mario 64? Well, it can optimally be done in around 100 minutes. How about the first time you went through The Legend of Zelda: Ocarina of Time? The speedrunners have you here, too, with a run that can be completed in a little under 20 minutes. The premise of speedrunning feels like it should be boring, but in the control of a master, it's almost hypnotic. Every move is carefully calculated, executed with precision, and can even mean breaking the game down to the code-level and figuring out how each input effects the code overall.

Using the uncapped backward momentum to execute the Backward Longjump glitch to retrieve a Star before it has been unlocked.

For most gamers, just one playthrough of a game is more than enough—we enjoy a game for the 40, 50, or 60 hours it takes to experience the whole world and then move onto the next title everyone is talking about. There is a small subset of gamers referred to as "completionists," looking to finish every quest, find every collectible, and explore every nook-and-cranny of the game. But separate still are speedrunners. Their love and passion for the games they run penetrates even deeper, and for them, the game on the surface becomes a trivial step to the real challenge. The developers' original intentions are thrown out the window as these runners, and their near superhuman degree of skill and knowledge of the games' inner workings come into play to achieve something many gamers never even think of.

Between services like YouTube and Twitch, speedrunning gameplay is everywhere, and it won't take you long to realize why viewers keep coming back. There's something encapsulating about watching a character we all know too well glide effortlessly across an optimized route, never even thinking about the errors, hangups, and setbacks that most gamers are all too familiar with.

Speedrunning as a Culture

Speedrunning is, at its core, a playthrough (or a recording thereof) of a video game with the intention of completing it as fast as possible. This can be further subdivided into different categories—meaning a single game can have multiple speedruns. These different categories all come with their own rules and regulations as to what can and can't be done, making each a unique take on the original game. One of the most popular categories for speedrunners is the "any%" run, which basically translates into "beat the game as fast as possible by any means necessary." This can include sequence breaking, or disarranging the intended sequence of events to skip entire portions of a game, exploiting programming mistakes or glitches in order to accomplish a task in a way that was not originally intended, and basically, finding any way to give you a fraction of a second ahead of the competition. This also means that the runner doesn't need to collect every collectible, or even beat every level, as long as they make it from the beginning of the game to the final credits at the end.

The subculture around speedrunning has been around since the release of id Software's Doom in 1993, with this game's ability to record demo files of a playthrough. The next big title, and arguably the official start of speedrunning (and machinima), was Quake in 1996—with the first speedrun being Quake Done Quick, where the entire game was completed on the hardest difficulty in 00:19:49. These titles amassed a following of players on online message boards who recorded their playthroughs to share with others, as well as doing "theory-crafting" on how to further decrease the time taken to finish either title. These communities became increasingly popular as gaming evolved and even created a platform for speedrun marathons.

Speedrun marathons are webstreams of multiple games being speedrun in succession. These often take the form of a convention where speedrunners and fans alike gather to see their favorite games get broken down and beaten in ways they might never have thought of. The most popular of these events is called Games Done Quick (GDQ). GDQ is held biannually (Awesome Games Done Quick and Summer Games Done Quick) and gathers donations to support the Prevent Cancer Foundation. The Awesome Games Done Quick 2017 marathon raised over $2 million and hosted hundreds of games and runs across a week.

Each and every game (barring multiplayer-only titles) can be speedrun, it really comes down to how creative the run can be and how much of a following the game has. Arguably, the most popular speedrunning title is The Legend of Zelda: Ocarina of Time. Nostalgia for what is argued to be the "greatest Zelda title of all time," and the advent of YouTube created a huge following for this game and its speedruns, making the competition for the record-holding spot intense. By 2006, about eight years after the initial release of the title, one runner had gotten his win time to under five hours (and let's be honest, some of the Temples in this game took us all way longer than that). With the time and effort this community put into analyzing the code, glitches, and route optimizations, the current record belongs to the legendary speedrunner Torje, who has the run down to just seconds over 17 minutes. Torje exploits a glitch early in the run, allowing him to skip an enormous part of Link's quest.

A lot of you might be saying, "aren't glitches and exploits against the fun of gaming?"—and you wouldn't be the only ones. There are a lot of gamers and speedrunners alike that feel this way. There are hundreds of subcategories of runs, like the "any%" we discussed earlier, to more "pure" forms, like "100%" and many subsets of this that require that the runner at least complete every level, or gather all of a certain type of item. On the topic of "any%" and the skepticism behind bending the rules to a point where they break, it's important to remember that regular sports almost all have milestones in which the standardized process of how to participate was changed, to the shock of many, but later became the new competitive standard.

Speedrunning has another, less human aspect to it in the form of Tool-Assisted Speedrunning (TAS). There are two main varieties of TAS: the first is having a piece of software interface with the game (usually through emulation) in order to read the memory and changes in code as the game is being played. These tools allow speedrunners to slow down, stop, and rewind frame-by-frame, allowing them to recreate and discover new glitches, and master their route on the smallest possible level.

TAS can also refer to a tool that actually completes the run, without user input. This happens in a  similar fashion to the first variety, except the route is programmed into an interface that can send controller inputs to the game. In this manner, users can program the perfect run into a computer that will execute it exactly. GDQ has one they warmly refer to as "TAS-Bot," which is a repurposed Nintendo R.O.B. Robot, and it makes appearances at every GDQ. These TASs also lead the way for some of the more complex glitches that are harder (read: nearly impossible) to complete as a human because they require precise, frame-perfect inputs.

Some of these glitches remain unexplained, even after the assistance of tools. The most notorious is the Super Mario 64 "upwarp" in the Tick Tock Clock level. It's only ever been executed on video once, and a speedrunner, by the handle pannenkoek2012, even has a $1,000 bounty out for someone to figure out how to replicate it and explain how and why it works. This illustrates the other side of the speedrunning community—those who are dedicated to figuring out the most precise and efficient runs through the help of everyone else that is part of the community.

At the end of the day, speedrunners live for the thrill of discovering things that can save them milliseconds, from different glitches and warps to optimizing which frames to jump, which pixels to avoid, and even which enemies to clear and when. As an amateur speedrunner myself, I can confidently say that this is the truth, and that even shaving milliseconds off of a run is super rewarding. The best part about the concept of speedrunning and the community behind it is that it's inclusive, both of people and of video game titles. Basically, no matter which game you might fondly remember and might want to speedrun, there is SOMEBODY that is also running it, and there are more than enough resources for you to dive right in and start running yourself.

Are you interested in speedrunning for yourself? One of the best ways to get into it is to have a computer capable of running emulation software! Need help getting that computer up and running? Contact the Armor Techs today for more details on how and where to get started!